Lemnos, Modern Greek Límnos, isolated Greek island and dímos (municipality), North Aegean (Modern Greek: Vóreio Aigaío) periféreia (region), Greece. It is situated in the Aegean Sea, midway between Mount Áthos (Ágio) in northeastern mainland Greece and the Turkish coast. Composed mainly of volcanic rock, its western region rises to 1,410 feet (430 metres) at Múrtzeflos Cape and is more rugged than the eastern portions, which are separated from the west by two deep inlets, Pourniá in the north and Moúdros (also called Moúdhrou) in the south. The 184-square-mile (476-square-kilometre) island is treeless in the west, but the valleys and eastern plains are fertile. The chief town and port, Mírina, on the west coast, is the seat of the metropolitan bishop of Lemnos and the island of Áyios Evstrátios to the south. The second town is Moúdros, on the bay of the same name, one of the best natural harbours in the Aegean. There is a major airfield on the island.

Excavations conducted by the Italian School in 1931–36 at Poliochni on the east coast revealed four ancient superimposed settlements: Early Bronze Age (c. 3000 bce); beneath it a Copper Age (c. 5000 bce) city; and beneath that the remains of two Neolithic cities, equipped with stone baths, representing the most advanced Neolithic civilization yet found in the Aegean. Near the ancient town of Hephaestia an extensive necropolis (cemetery) of the 8th to 6th century bce has been found. Located on Pourniás Bay, Hephaestia was the principal city of Lemnos in Classical times; today it is occupied by the hamlet of Palaiópolis.

Toward the end of the 6th century bce, the island was conquered by Otanes, a general of the Persian king Darius. From 477 Lemnos was a member of the Delian League, and later, except for a Spartan interlude, it was controlled by Athens. In 197 bce Rome declared it free but gave it over in 166 bce to Athens, which retained nominal possession of the island until the time of the Roman emperor Septimius Severus (193–211 ce).

In the 4th century the island had a Byzantine bishop and became a metropolitan see in the reign of Leo VI (reigned 928). It was settled by Venetian merchants in the 11th and 12th centuries, and in 1204, after disruption of the Byzantine Empire, the Venetians established themselves on the island. During the following centuries, rule alternated among Venice, Genoa, and the Turks, who after 1670 used it as a place for banishment of exiles. Lemnos joined the Greek kingdom after the Balkan Wars (1912–13). From Moúdros Bay in 1915 the Allies launched their unsuccessful invasion of the Dardanelles; in the same bay, the Allied armistice with Turkey was concluded in 1918. In Classical times Lemnian earth (Lemnia sphragis) was used as an astringent for snakebites and wounds and in the 16th century for the plague. This medicinal soil was dug ceremonially once a year from a mound near Hephaestia. Pop. (2001) 17,545; (2011) 16,992. 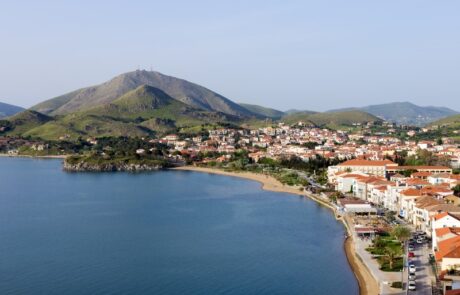 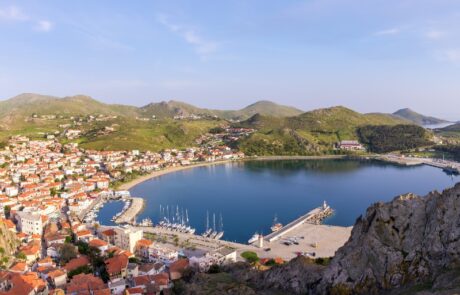 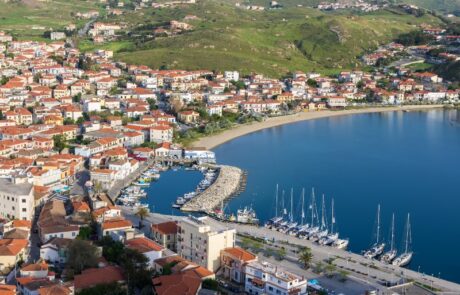 You can travel to Lemnos from the port of Alexandroupolis with the C / P / F “Adamantios Korais”. Click the button below to see all available Zante Ferries itineraries or contact us for any clarification you need, in order to better organize your trip.