Kimolos is an island of the Aegean Sea and belongs to the Cyclades complex of islands; located in the southwest limit of the Cyclades near Milos from which it is separated by the Amon strait (width just half a mile), 1 mile southeast of Polyaigos (commonly Polivo) and 7 miles southwest of Sifnos.

Between Milos and Polyaigos there are also a few islets, Kassel and Agios Georgios, Pita, Manolonisi and Sint Eustatius or Pirgi in which there is a lighthouse, serving Navigation between Kimolos and Polyaigos “strait Pyrgi”.In the Municipality of Kimolos, falls the Island Polyaigos and two smaller: Agios Efstathios (Stathis Ai) and Agios Georgios.The island gave its name to the white rock, known by the blackboards, “kimolia”.Smaller settlements which are inhabited mainly during the summer are Psathi, Goupa, Rema, Kara, Prasa, Aliki, and Bonatsa. Opposite the church of Odigitria there is the Archaeological Museum and inside Castro, the Folklore Museum. 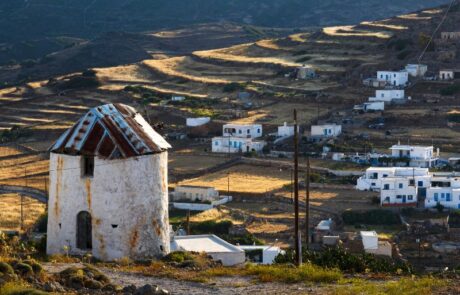 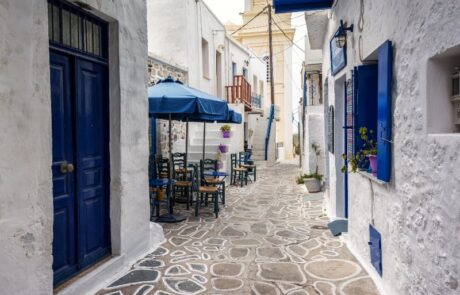 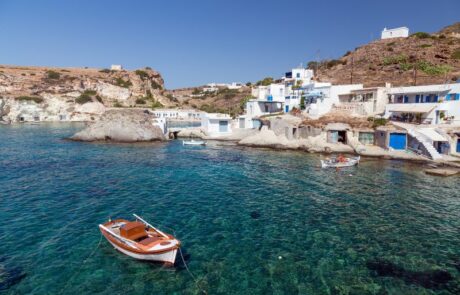 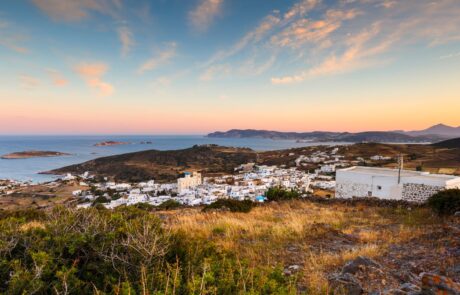 You can travel to Kimolos from the port of Piraeus with the C / P / F “Dionysios Solomos”. Click the button below to see all available Zante Ferries itineraries or contact us for any clarification you need, in order to better organize your trip.