Kythnos is an island in the Western Cyclades between Kea and Serifos and it is 56 n. miles away from Piraeus port and only two hours from the port of Lavrio.
It is also called Thermia (Thermia), at least since the 12th century when it was mentioned “Episkopi Kea and Thermia”. This name was because of the hot springs that exist until nowadays in the bay of Loutra. It is said that King Otto and Queen Amalia were going in for the baths of Kythnos.

It has a surface of 99 432 square kilometers. and a coastline of about 104 kilometers. It has 92 bays, coves and beaches, most of which are accessible by road. The mountains of the island are not big, the highest peak is “Prophet Elias” of Petra mountain with an altitude of 336m. while approximately of the same height are the tops of St. Mina and St. Theodore. During the past, Kythnos was producing large quantities of barley, with its prewar export reaching half a million kilos. The main supplier was the brewery Fix. Other main products are honey figs, wine, almonds. The climate is considered very healthy and the stay rather pleasant, despite the strong north winds. Generally trees in Kythnos scarce. 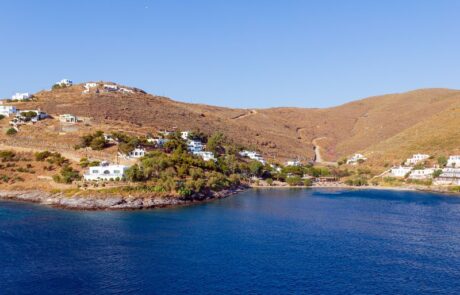 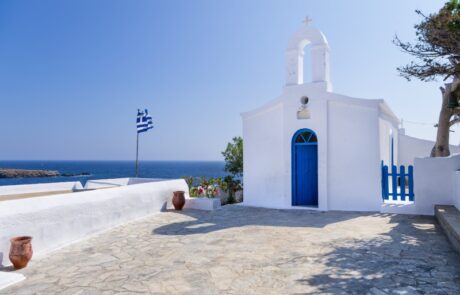 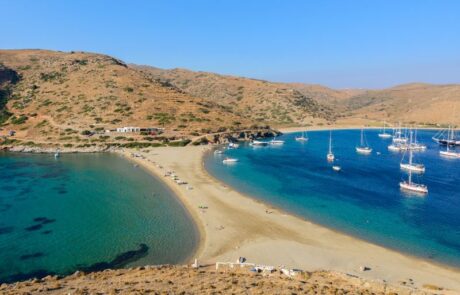 You can travel to Kythnos from the port of Piraeus with the C / P / F “Dionysios Solomos”.  Click the button below to see all available Zante Ferries itineraries or contact us for any clarification you need, in order to better organize your trip.