Folegandros belongs to the Cyclades group of islands. It is also known as Polikandros. Folegandros’s length is 13 km and its width is 1,1 km. That place’s name is “Porta” (door) and it has two bays called Vathi and Plaka. Folegandros’s coast line is mostly craggy and it could be said that it looks like Santorini..
The island has two big settlements.

The capital of it is Chora (or Folegandros town), with 316 residents, and it is built on the east side of the island at a hight of 200 m. The other settlement, Ano Meria, is situated on the north with a population of 291 inhabitants, and is the most traditional part of the island. It is the rural settlement with the houses being in distance from each other, creating the so-called “Themonies). Smaller villages are “Petousis” and the port of the island is Karavostasis, in the SE. end, which is 102 miles far from Piraeus and 32 miles far from Naxos. 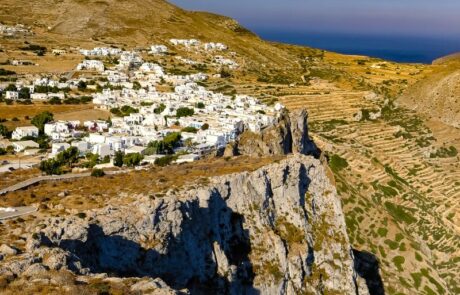 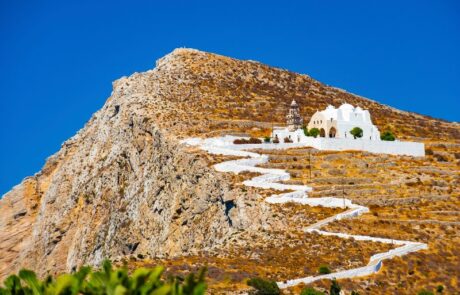 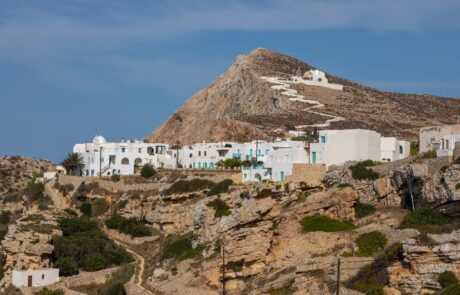 You can travel to Folegandros from the port of Piraeus with the C / P / F “Dionysios Solomos”. Click the button below to see all available Zante Ferries itineraries or contact us for any clarification you need, in order to better organize your trip.