ΗIos is a Cycladic island of the Aegean Sea. Ios is called “Nios” by locals (Niotes). The surface of Ios is estimated at 108 713 sq. km and has a coastline of 87 km. It is located between Naxos, Sikinos and Santorini. The most important bays of the island is Gialos, Mylopotas and Manganari.

The busiest beach on the island is Mylopotas, which is within walking distance from the town, while other beaches are Maganari, Gialos, the Kolitsani the Koumbara, Kalamos, Sapounohoma, the beach of Papa, the Beach Psathi and Agia Theodoti. 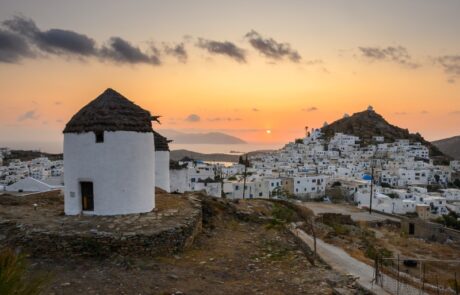 You can travel to Ios from the port of Piraeus with the C / P / F “Dionysios Solomos”. Click the button below to see all available Zante Ferries itineraries or contact us for any clarification you need, in order to better organize your trip.